What is a Millennial?

In exploring how best to connect with Millennials [let alone through voice over], let’s share some key statistics about us — like our lifestyle and financial demographics — and, once and for all, settle just what the Millennial age bracket really is.

Just how old are Millennials, exactly? 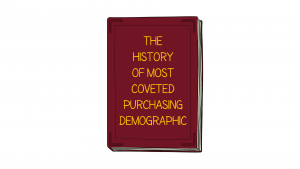 Webster’s dictionary defines Wikipedia as “the greatest crowd-sourced bank of knowledge of all time.” So, in true Millennial fashion, let’s start there, where they’ve broken down Millennials as:

These definitions of the Millennial age range are pretty widely accepted at this point, with the Pew Research Center in 2019 determining our generation’s key, defining political, social, and economic events as the Great Recession, the September 11th attacks, and the advance of the Internet. At this point, 35% of the American workforce is considered a Millennial.

While we’re definitely not Generation X [walkmans were not new to us], nor Generation Z [but iPods were], there is some overlap in social mores and styles — especially considering ideas like political correctness [more towards Z], or willingness to take on incredible amounts of student debt [more towards X].

How does this translate for voice over?

Ads already cut through by popping up in the middle of us bingeing TV on the Radio’s catalogue while we’re working — unless it’s well-made sponsored content, they’ve already interrupted the experience.

In general, it’s far harder to persuade someone by interrupting them and getting pushy about it. But that’s a little what it feels like when the voice in an ad isn’t optimized for the classic Millennial day-to-day experience.

Oh, I get it: you need voice things tailored to you over everyone else. Typical Millennial. 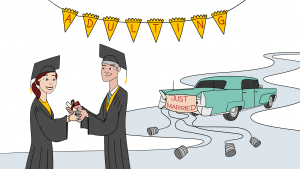 Well, we don’t need it, but we’re much more responsive when it is, even if only slightly. Aren’t you?

We’re not saying to take targeted advertising that far [please don’t do that], but we grew up with the Internet… which means, we don’t have to go to big box stores, no matter where we live — We’ve got greater autonomy than ever, from an earlier age than ever, to choose how we spend our money. We know there are other options out there.

That’s part of why eLearning is one of the fastest growing industries — and why eLearning gamification is such a fantastic concept. Not only can we learn at our own pace [which, let’s be honest, everyone should experience], but studies show we largely learn best experientially, instead of by rote/absorption. In fact, the latest stats estimate up to 150,000 apps are educational!

What does this mean for voice over that targets Millennials?

Millennial Voice Over pulls the listener in. The audience is doing us a favor by listening — they don’t have to, they can turn it off anytime. We make it worth their while.

But Millennials are everywhere, right? They sure seem to be. 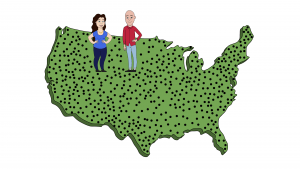 Well… yes, and no. By definition, we have to be: we’re the largest purchasing demographic out there right now. So, yes: we are everywhere.

But by and large, and increasingly so, Millennials live in urban areas — particularly concentrating in cityscapes that offer vibrant arts & culture, shorter commutes, and decent-paying jobs: either in the form of entrepreneurship, or in “green” industries & tech.

Not surprisingly, with the push towards living in more concentrated areas, Millennials are driving the bus [and riding it, too!] on sustainable lifestyle choices — like “loca-vore” [locally sourced foods & goods], and greater support for small businesses doing cool things we love with less: whether it be a local coffee roaster, an upcyclery, or freelancing online as an independent contractor [hello!]. The opportunity to support small business is greater than ever, and plenty of Millennials are embracing it.

But, don’t forget: we grew up with the Internet [we mistakenly taught our parents how to text, after all], and with it, Millennials embrace changing technology much more quickly. Even those of us who live in rural areas know about Lyft… and to have some tact when posting on the Internet. All this boils down to a digitally connected generation that emphasizes loca-vore lifestyle — even if we mostly don’t want to chat on the phone, we still want to support our neighbors whenever possible.
How does this help your organization, looking for savvy ways to reach Millennials?

I listened to your voices, and then just scrolled all the way down. What’s your point, Millennials?

Advertise with us, not at us. Keep it chill & conversational to be most successful.

Want to learn more about Millennials and voice over? Check out “Millennial Marketing: Why and How” for extra credit! No trophies given, though. Sorry.

Think Maria or Ian might be the right voice for you? Hit us up anytime; we’re always happy to audition.